The AMOSSHE national conference 360 degree thinking: leadership / collaboration / innovation is all set to be an inspiring showcase for how Student Services leaders can really make a difference. Our keynote speakers Wes Streeting MP and Ben Smith are joining us to share their insights into how one person can make a huge impact.

Wes Streeting was elected as the Labour MP for Ilford North at the 2015 general election. Having grown up on a council estate to become the first person in his family to go to university, Wes is passionate about improving access to education. He has worked on an anti-bullying campaign with schools across Britain, and run a national charity to support people from under-privileged backgrounds to get to university. Wes is a former President of the National Union of Students. Wes joins us at 360 degree thinking on Thursday 6 July. 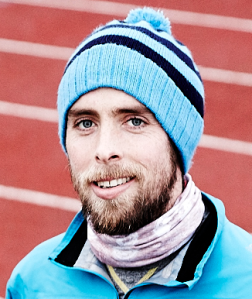 In 2015 Ben Smith ran 401 marathons in 401 days around the UK to raise £250,000 for Kidscape and Stonewall, charities dedicated to tackling bullying in our society. Ben challenged himself to run the same distance as from London to Sydney to overcome the mental health issues, homophobia and bullying he had experienced in his life. His achievement has inspired others to do things they never thought were possible. Ben and The 401 Challenge team have received awards for this inspiring project, including the Regional and National Pride of Britain Fundraiser of the Year Award 2016, the Power of Light Award 2016 from the Cabinet Office and Prime Minister Theresa May, and the BBC Sports Personality of the Year Helen Rollason Award 2016. Ben joins us at 360 degree thinking on Friday 7 July.

Wes and Ben, along with our other keynote speakers Nicola Dandridge and Lee Elliot Major, will enhance our programme of AMOSSHE member- and sector-led sessions exploring all angles to drive student success – encompassing inspiring leadership, effective collaboration and innovative practice. Find out more about the conference programme: 360 degree thinking: leadership / collaboration / innovation.

360 degree thinking takes place from 5 to 7 July 2017 at the Hilton Brighton Metropole, UK. This event is the key annual professional development and networking opportunity for UK Student Services leaders, so don’t miss the opportunity to be there! Booking closes next week – Wednesday 26 April. 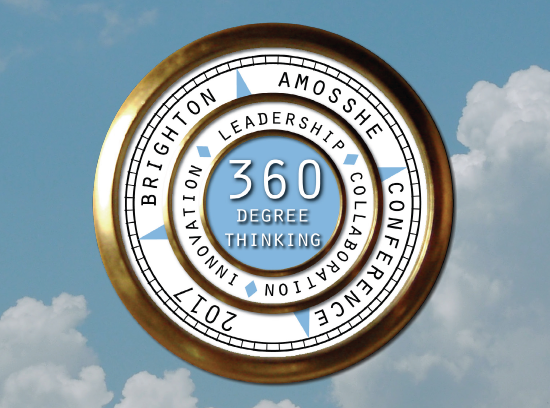